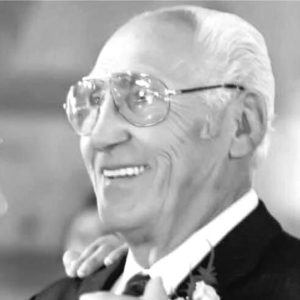 Giuseppe “Joe” Vitale, 79, of Paris, Illinois, passed away at 8:32 a.m. EDT Tuesday, August 11, 2020, at Union Hospital in Terre Haute, Indiana. He was retired after fifty-four years as a restaurateur and was the owner and operator of Joe’s Pizza of Paris since 1973.

Mr. Vitale was a member of St. Mary’s Catholic Church of Paris. He was a loving and devoted husband and father and a doting grandfather. Joe will be remembered as kind, thoughtful, and generous; a loyal community booster who preferred to do his giving behind the scenes. He had a heart for young people, and as a result “Joe’s Pizza” appears as a first entry on the resumes of countless former employees. Joe Vitale’s work ethic and fierce devotion to his family and community turned a small family business into an Illinois icon. In his spare time, Joe loved cooking for his family, gardening, and tending to his rural Paris farm.

For those who wish, the family suggests that memorials be made to Hopes and Dreams, Inc. of Paris.

Visitation was held from 12 to 8 p.m. CDT Sunday, August 16, 2020 at Templeton Funeral Home in Paris, with the family present after 4 p.m. Mass of Christian Burial was private on Monday at St. Mary’s Catholic Church of Paris, with entombment to follow in the Vitale Mausoleum in Memorial Gardens.

Please consider sharing a memory, photo, or condolence with Joe’s family on his Tribute Wall at www.TempletonFuneralHome.com