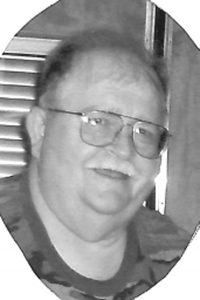 Robert Eugene (Bob) Williams, age 71, passed away July 10, 2020 from pancreatic cancer, at the Clayberg Nursing Home in Cuba IL. Bob lived in Lewistown, IL at the Spoon River Towers until going to the Nursing Home for therapy. Bob was born May 15, 1949 to Jessie Elsie Williams in Douglas County at the Jarmon Hospital in Tuscola, IL. Bob grew up in Camargo IL and attended school in Villa Grove. Bob was married to Ellen (Ping) Williams and had 2 daughters Jessie “Lorie” Boyce of Indianapolis IN and Elizabeth Ann “Beth Ann” Howard of State Road, NC. Bob was later married to Jeannette (Murphy) Williams (deceased) and had a son James Ona “Jimmy” Williams of Davenport, IA. Bob also leaves behind five grandchildren, a niece, a nephew and cousins. Bob loved to hunt, fish and cook. He was last employed at the Dickson Mounds Museum, Lewistown IL. There will be a private graveside service for Bob at the Headyville Cemetery in Jasper County IL.