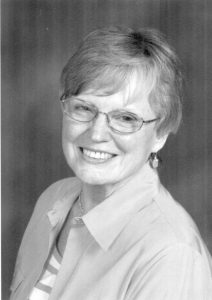 Janet was born on November 30, 1938 in Paris, IL, the daughter of Francis and Helen Skidmore Sudduth. She married Randall “Randy” Bartley on September 1, 1956 in Seymour, IL. He preceded her in death on December 5, 1988.

She was preceded in death by her parents, son: Ron Bartley, brother: Myron Sudduth and sister: Corinne Oye.

Memorials are suggested to the Forty Martyrs Catholic Church or Alzheimer’s Association.

Janet worked as a florist for several years. She started working at Ferguson Motor Sales in 1980. She continued working for Mooney Ford in Tuscola until her retirement in 2013.

Janet was a member of the Forty Martyrs Catholic Church. She loved floral arranging, gardening, canning and walking.