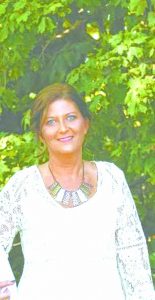 By Kendra Hennis
The regularly scheduled June 17 Douglas County Board meeting was called to order at 9 a.m. All members were present, with board member Glen joining in via Zoom. Following the approval of old buisness items, the board moved to the new buisness section of the meeting.

The board then moved forward with appointing Heather Skinner as the new Douglas County Coroner. Skinner is a Newman resident and currently works as a registered nurse for Christie Clinic. Skinner was appointed to serve the vacancy following coroner Joe Victor’s untimely death. Due to the nature of the position and the fact that Victor was the Republican candidate on the ballot for the November general election, the Douglas County Republican Center Party met to decide on a candidate for the recommendation. They then brought to their recommendation, Skinner, to the Douglas County Board to vote on. Board President Don Munson accepted the committee’s recommendation, and further extended his recommendation of Skinner to the board. Skinner will also serve as the Republican nominee for the Douglas County coroner in the November general election. Sheriff Blackwell noted that Skinner is very knowledgeable of the duties of the office, and said “with guidance from those who have done the job in the past, as well as out office, I have no doubt that she can effectively do this job.”

* Approved the minutes from the May 5 special board meeting.

* Approved the minutes from the May 20 regular board meeting.

* Approved the payment of the county’s financial obligations.

* Approved the reports of fees of the County Offices.

* Reappointed Larry Bushu as trustee to the Douglas County Historical Museum District for a 5-year term.