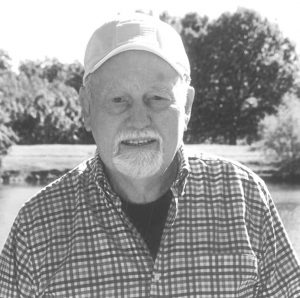 Donald Carrol Coile passed away on Sunday (May 31, 2020) at his residence in Kiefer, Okla.

He was born June 3, 1941, to Carrol Earl and Mary Alice (Fox) Coile in Shelby County, Ill. He moved to McLean County in 1943. He attended Saybrook-Arrowsmith schools, where he graduated in 1959, and then moved to Gibson City.

He worked at Kroger Grocery, Sloats Cabinet Shop and the State of Illinois. He retired from AT&T as a manager for the installation and repair department in 1993 after almost 30 years.

He married Jerry Willemssen in 1962 and had three wonderful children, Dan, Amy and Dawn. He later married Sandra Thulin in 1993.

In 2009, Don had to have a liver transplant. After that, Don and Sandy moved to Oklahoma in 2010 to live closer to their youngest grandchildren.

He volunteered his time for the Don Moyer Boys & Girls Club, as Santa and Dusty the Clown for various organizations. He was involved with his children in the FFA organization. He belonged to First Jenks United Methodist Church.

Don loved being in nature. He was a deer and turkey hunter, but in recent years he was happy to just feed and watch them. He loved playing with his grandkids, especially dressing up at Halloween, fishing and going to their ball games. He loved his family and friends and of course Roxy, his black Lab. He will be greatly missed by all of those whose lives he touched.

A celebration of Don’s life will be held at a later date.