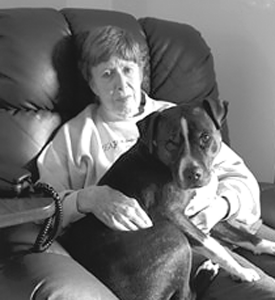 Linda Hammond, Villa Grove. Linda passed away on the 23rd day of May, 2020 at home surrounded by her family.

She is the eldest daughter of the late Albert J. Wiman and MaryJo Ritchey.

Linda was from Villa Grove, Illinois. She worked at Eastern Illinois University, while raising her three daughters in Hutton Township with horses, cattle, pigs, and dogs. She later lived in Westfield, Casey, Marshall and West Union, Illinois before moving to Missouri to be closer to her children and grandchildren.

Linda was a life-long nature enthusiast, instilling her love and appreciation of nature in her children. She enjoyed horseback riding, hunting, fishing, four-wheeling, and collecting guns and knives.