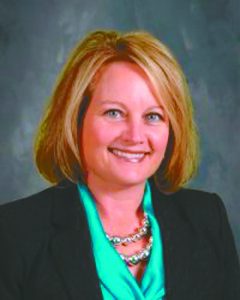 By Kendra Hennis
The meeting of the Villa Grove Board of Education was called to order at 6 p.m. on Monday, April 20. To abide by the Governor’s shelter-in-place order, only board president Jim Clark and board secretary Jill Stevens were present in the boardroom, and the additional members joined in via Zoom. The meeting was posted on YouTube and is available on the school’s Facebook page.

As it has been for many meetings, the largest discussion amongst the board is if Villa Grove is going to continue their athletic co-op with Heritage for the 2021-2022 school year. The board received two letters in favor of the co-op and began the meeting by reading them.

The first was from Bart Dannon, his letter cited reasons in favor such as the financial benefits for both schools, the benefits for the students and sportsmanship, and the benefits for coaches. In his letter, Dannon stated that “your star player needs to learn that by sitting on the bench, someone that doesn’t play often is getting their opportunity, not necessarily because its equal playing time, but because the other player has also been to every practice in his or her career and who has tried their hardest.”

The second was from Heritage Principal and baseball coach Corey White. In his letter, he asked the board if they felt that the co-op program was beneficial to both schools. He noted that he felt positively about the program saying it was “good for the students in both school districts,” and that “together we can come up with ideas for the best ways to do this.”

The board then moved to the athletic board subcommittee to discuss what they have talked about in their meetings. These conversations included things like the financial concerns for the school, since ending the co-op would mean that Villa Grove would need to get new coaches and uniforms for those sports done through Heritage.

There were some concerns among board members about wanting more community input about the co-op before moving forward. There were also concerns from individual board members in favor and against the co-op such as travel time, finances, and playing time.

Board president Jim Clark told the board that they still had time to decide on the co-op, and encouraged them to discuss the issue further at the May meeting after allowing the athletic committees of Villa Grove and Heritage to meet and talk more. He noted that by May or June (at the latest) a decision needed to be made. He also encouraged the community to join in the conversation and write letters to the board if they would like to share their thoughts.

In his superintendent’s report, school superintendent Mr. Tracy began with talking about the SMPG grant and decided that the project to update the elementary bathrooms and exterior doors should be postponed. However, the preventative maintenance needed to the pipes will be moving forward. Mr. Tracy noted that the construction to the new gym is going as planned. They are currently deciding on an exterior precast stain for the building.

Mr. Tracy also announced to the board that the Joint Annual Conference has been rescheduled to November 2020. He also sent out a thank you to those who have donated to the Snack Pack Program, and informed the board that the schools have received $4,000 in cash donations.

In her Principal’s report, junior high and high school principal Mrs. Jones announced to the board that students, parents, and teachers are all doing well with the switch to remote learning, and thanked them for all of their hard work and understanding in the process. She also shared exciting news with the board that the high school scholastic bowl team will still be able to compete in the national competition. They are working out the details to allow all students to compete from their homes. She also noted that they are working on plans for seniors for canceled events like prom and graduation and has hope that the school will be able to reschedule the events for the future.

In his Principal’s report, elementary school principal Mr. Beck sent out a thank you to the community or for their patience and support. He also thanked all of the teachers for their hard work in the switch.

To this, board president Clark also thanked the principals for all of their hard work right now for the students and community.

* Approved the regular and closed session minutes of the March 16 regular board meeting.

* Approved the regular and closed session minutes of the April 1 special board meeting.

* Approved authorization of the payment of bills.

* Approved the renewal of student accident insurance for the 2020-2021 school year.

* Approved reimbursing student’s fees for spring sports. Families can choose to not take the reimbursement and make their donation to the program. Please email the school by May 15 to make your donation.

* Approved the hiring of Carol Munson at the District 302 Superintendent.

* Adjourned until the May school board meeting.