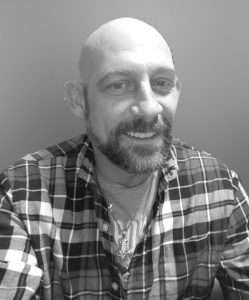 Richard was born on October 6, 1969 the son of Cheryl Scott in Danville.

Richard is preceded in death by his maternal grandfather, James Allison.

Richard served in the United States Navy and worked for Nelson Tree Service and LineCo Tree Service.  He enjoyed spending his free time with family and friends and loved riding the numerous motorcycles he owned over the years.

A Private Family Celebration of Life will be held at a later date. Sunset Funeral Home and Cremation Center in Danville, Illinois, 3940 N. Vermilion St. Danville, Illinois 61834 is assisting the family with arrangements. As per Richard’s wishes, cremation rites will be accorded.

In lieu of flowers, memorials may be made to charity of the donor’s choice.

Please take a moment to leave a story or memory and Send Hugs for his family on Richard’s Tribute Wall at www.sunsetfuneralhome.com.