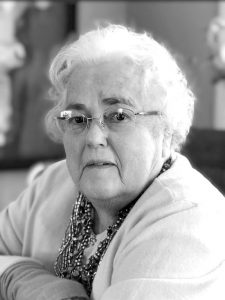 The daughter of a military officer, Lucille moved extensively as a child and graduated from high school in Nagoya Japan. She earned her college degrees from Blackburn College and Eastern Illinois University where she met Eugene Murray.  Lucille and Eugene married June 4th, 1956 in Medora Illinois. The couple had seven children and resided in Tuscola for over 50 years.

She was proceeded in death by her husband, Gene, her parents,  a sister Margaret “Joie” Burris and her mother in law Lois Murray.

Burial services will be private and held at a later date. The family suggests memorials to the Tuscola Public Library or the Douglas County Museum.

Condolences and memories can be sent to the family in her name to 2932 Country Club Lane, Dekalb Illinois 60115.

Arrangements were completed by the Butala Funeral Home and Crematory in Sycamore, IL.  To sign the online guest book or write a special memory, go to www.ButalaFuneralHomes.com