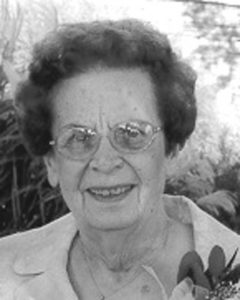 Georganna Bailey, 91, of Decatur, passed away Monday, April 21, 2020 at home with her children by her side.

A private family service was held on Friday April 24, 2020 in Fairlawn Cemetery.

Mrs. Bailey was born December 19, 1928 in Tuscola, IL, the daughter of George Allen Jones and Cecily Elise Blackford Jones. She was raised in Tuscola and Bourbon and graduated from Tuscola High School where she was named Homecoming Queen and attended Millikin University. Georganna married James D. Bailey on September 18, 1947. They shared 60 beautiful and fulfilling years together. Besides raising three children, she worked with her husband at Bailey Advertising. She was an avid CUBS and Illini fan.

She was preceded in death by her husband, parents and sister, Joan Cook.

Private family services will be held. Burial will be in Fairlawn Cemetery. Memorials are suggested to FLAG2020 for the donation of meals to first responders.