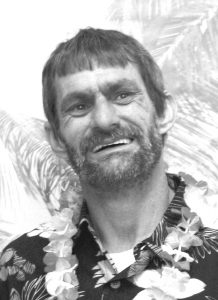 David was born on June 21, 1963 in Tuscola, IL. He was a son of Carl Herman and Elsie Elizabeth “Betty” (Hammond) Wagoner.

He was preceded in death by his parents, one sister, Carol Fidler, one brother, Richard Wagoner, a nephew, Chad Fidler, and a great-nephew, Zachary Wagoner.

David was a Navy Veteran.

David had helped many farmers in Douglas County. He owned K Wagoner Trucking of Hindsboro for 17 years. He moved to Texas for one year to work as a Pipefitter in Coal Refinery, he worked as an IronWorker in Farmer City for one year building the Monsanto Plant. David farmed with Jimmy Long and Mark Whitson.