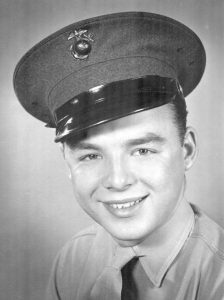 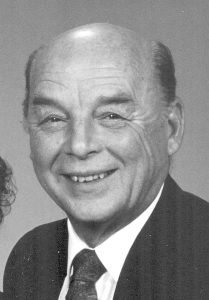 Due to the Covid-19 pandemic, a private funeral service was held on Tuesday, April 21, 2020 at the Three Heirachs Greek Orthodox Church, Champaign, IL with Rev. Father Michael Condos officiating. Burial will be in the Tuscola Township Cemetery with graveside military rites accorded.

Hilligoss Shrader Funeral Home, Tuscola, IL is assisting the family with the arrangements.

He is survived by his two sons: Denny and wife: Susan and Greg and wife Beverly all of Tuscola, three granddaughters: Angela and her husband: Dan Bronke of Nashville, IL; Crystal and her husband Bryan Bourcier of Fort Wayne, IN, and Bonnie and her husband Edwin Fernandez of Ocean Springs, MS, great-grandchildren: Josephine, Johnathan and Jacob Bronke; Caillat and Cullen Bourcier; Ellasandra and Ezra Fernandez, sister: Sandra Gerth of Tuscola.

Burlin served his country as a member of the US Marine Corps in the Southwestern Pacific area during World War II.

He was the founder and owner of Tuscola Auto Body from 1968 until his retirement in 1988. He was a member of the Three Heirarchs Greek Orthodox Church.