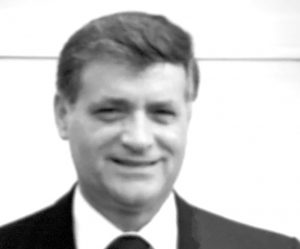 Walter was born in Villa Grove, IL on September 28, 1941 to William Erman and Iva Marie (Dallas) Howard. He married Mary Ann Bargers On December 27, 1967, she survives, also surviving is one son: Walter Jason Howard; one grandson Jenner Fox Howard both of Springfield, IL; one brother Larry (Pat) Howard of Tunica, MS; one nephew: Kevin (Stacey) Howard of Highland; two nieces: Cheri (Jay) Bond of Allerton, Tami Smith of Villa Grove. He was preceded in death by his parents; one brother: Steven L. Howard.

Walter attended Villa Grove High School and Eastern Illinois University. He served his country in the US Air Force during the Vietnam war. He was stationed at NORAD in Colorado Springs, CO where he met his wife. Walter was a district sales manager for manufacturing companies. He had worked as sales representative for the last five years at Goods Furniture in Decatur. He was a member of the Jaycees, President of the Home Park Swim Club, He coached his son’s baseball, soccer and basketball teams for years. He enjoyed playing golf, working in the yard, wood working, and taking care of his yard. He enjoyed writing poems, one of which was published.

Services to celebrate the life of Walter Erman Howard will be private at Graceland Fairlawn Funeral Home, burial will follow in Graceland Cemetery with military rites. Memorial contributions in his name are suggested to the Michael J. Fox Foundation for Parkinsons.