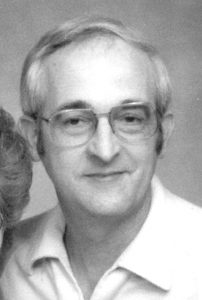 Graveside services will be held at a later date. Hilligoss Shrader Funeral Home is entrusted with the arrangements.

Raymond was preceded in death by his parents, brother: Kenny Kingery and sister: Runell Harris.

Raymond was a 1961 graduate of Tuscola Community High School. He served his country as a member of the Army National Guard. Raymond was a former administrator at the Tuscola Moose Lodge and served on the Tuscola Fire Department for several years.

Raymond started working for the Kellogg Oil and Auto in 1962. He and his wife purchased Kellogg Brothers and together they operated Ray and Kay Supply Company in Tuscola and Arcola until their retirement in 2003.

Kay would like to thank the staff of Carle Hospital and Mattoon Health Care Center for the excellent care given to Raymond.