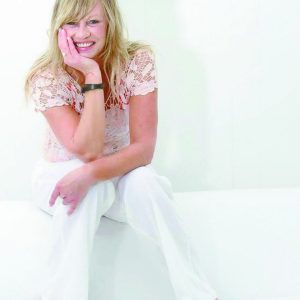 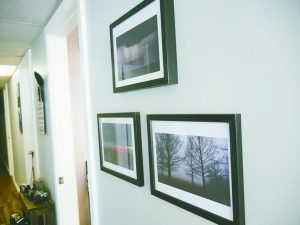 By Tony Hooker
What is your new business in Villa Grove?  What can you tell me about that?

Sure, it’s called This Illinois Life Photography, and we’re getting ready to open a studio at 6 North Main, in Villa Grove.

What’s the focus of This Illinois Life?

How long have you been a photographer?

Are you a local girl?  Did you grow up in Villa Grove?

So, this was sort of borne out of your healing process?

Exactly.  Villa Grove was sort of my first client base.  I’ve done a lot of weddings and Senior photos for friends and acquaintances from Villa Grove.  I started off pretty heavy in Villa Grove!

Were you always a photographer as a kid, or did it just take root in 2008?

It just really began in 2008.  It was just a nice way of processing for me, to just grab a camera, listen to some music and just be by myself.   I just began to get an eye for it.  At first, I would say that I was kind of unique, with the scenic stuff, and then of course, everybody started doing it. Everyone has a unique eye.  Then, I moved into live photographing people, which I wasn’t very comfortable with at first.  Now it’s second nature for me.

How did you come to have a studio in Villa Grove?  Would you mind walking us through that a little bit?

Sure.  I think it was last winter, in 2018.  I’m very active on social media, I’m the founder of CU Bands and Fans, so I have a lot of followers and we go out and document the live local music scene.  I had posted that last year I had lost a few shoots due to the weather.  I didn’t have anywhere to do these shoots, so I had to refer them.  I didn’t like doing it, but I had to refer them to a very high-quality photographer, one that I think is better than me, and I just didn’t like having to do that, so I posted asking if anyone had somewhere that I could do a shoot inside.  I think a few people made suggestions, but then, maybe six months later, Cassandra and Rory (Eversole Gunter, Gunter) contacted me and let me know that they had purchased the building next to the bank.  They had plans for the back of the building, and they asked if I would like to set up a studio in the front of the building.

You have to love what their plans are for the back of the building, right?

<Journal> Sure, you might even be doing some work for them, right?

Exactly. It’s going to be fun!

How did your interest in CU Bands and Fans come about?

<laughing> I went through a divorce, and my son had graduated.  My mom was gone, and I was trying to tap back into…you know, before, I was raising my son, I was married, and we were really established in Villa Grove.  After I went through my divorce, I realized that I hadn’t tapped into my creative side in a long time, and I started taking photos again in downtown Urbana and Champaign.  Some musician friends then asked if I would come and take photos of them while they were playing.   I did, and then on May 28, as I was beginning to load them up to Facebook, I realized that I didn’t want a typical photography page.   So, I opened up CU Bands and Fans in about 2 minutes, and it just took off.  It’s really grown rapidly.  We have sponsors now.  We have advertisers.  We have just a great following.  We do an event list every single day.  We’re extremely supportive of the community and local small businesses.   It’s a huge thing with us.

Does this occupy all of your time?  What other sorts of things are you dipping into?

That has really become extremely consuming.  It occupies a lot of my time, and then This Illinois Life is beginning to blend together with it.  This Illinois Life is different in that I do families and that sort of thing.  I largely do event shooting, that’s a niche that I have.   I’m good at that so I do a lot of events.  I do al lot of Weddings and I’ve always been able to do a senior photo shoot each year for a family that’s struggling.   In 2008, when I was struggling with everything with my mom passing away, and everything, I wasn’t sure how I was going to get my son’s senior photos done, and my cousin drove up from Pana and she did them for me.  I was so grateful that I’ve always tried to pay it forward.  I’m not a super high-priced photographer.  You can get good photos at a reasonable price, because when you look at the price of photography, it’s just mind-boggling to me.  I know what I can do at the price.   I know what I can produce that will make them happy, and I’m good with it.  I feel compensated for the work.  I could go higher, because people think that because I don’t charge very much I must not be very good.  It’s not that, it just that I don’t believe you should have to take out a loan to get some good photography! <laughs>

What’ the future hold for This Illinois Life and CU Bands and Fans?

With CU Bands and Fans, I’m kind of being moved more into promoting, and we’re having an app built.  That’s going to be a whole new ballgame and we’re looking forward to that.  We’re also producing a book.  8 years of live local music through our Lens.   Studio wise, I think that’s going to allow me to do more as far as mini sessions, private shoots and it’s going to allow me some space to be creative and to work with people.  I’ve done video interviews in the space with bands,.  They’ve performed some music and it sounds fantastic.  That space is going to be used on so many different levels for so many different things, whatever the need is.  I never pin myself into just one thing.  I never have.  Some people are “just” wedding photographers, but I’m just known to be a photographer. I shoot whatever the need is.  I’ve shot real estate, <laughing> it just doesn’t matter. <laughing> Have camera, will shoot, it just doesn’t matter.

I’m extremely grateful to Cassandra and Rory, and Garrett.  Of course, Garrett’s a musician and it’s been wonderful to support and promote him.  I’m extremely excited to be back in Villa Grove, which is kind of where I started.  So that’s kind of a full circle thing that’s a little bit emotional for me.   It feels good and it feels right, and I’m glad to be a part of the Villa Grove community again.  I like where the community is heading.  I like that there’s been an uplift with what’s been happening, with the Plaza, the new water plant.  It’s like Villa Grove has had a sweeping facelift, and I hope to be a part of that, especially in promoting and helping other small businesses in Villa Grove.