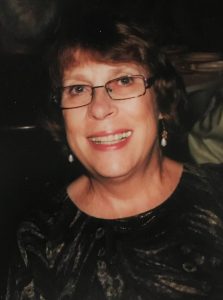 Martha Louise Cooch Ramsay, 70, passed away peacefully, at her home in Elgin on Sunday evening, Sept. 15, 2019. Martha was born in Atwood on Feb. 7, 1949 to Dale Charles Cooch and Mary Louise (Livengood) Cooch.

Martha attended schools in Atwood and graduated from Atwood-Hammond High school. After graduating from Bradley University in Peoria, she began a long, rewarding career in nursing. Initially, she worked for various hospitals until she was inspired by her Aunt Pauline Birky Kreutzer, whom under the direction of President JKF, was instrumental in developing the first proposal presented to the U.S. Congress for the creation of the Peace Corps. While serving in the Peace Corps, Martha became proficient in Spanish during her two years in Colombia, providing medical care from a dug-out canoe in the back country. After it was discovered she had experience working in a burn unit in the States, she was recruited to work in Ecuador, where she helped facilitate the country’s first modern burn unit in Quito.

After growing up in the cold winters of Illinois then working in the tropics of Central America, she found a happy medium as she settled in Austin, Texas. Upon returning to the States, Martha began furthering her studies while commuting from Austin to UTSA’s Health Sciences facility in San Antonio, where she earned her Master’s Degree and Nurse Practitioner’s License. Martha had an adventurous and compassionate soul; she took immense joy meeting new people and celebrating their different cultures while helping people throughout her 40-year nursing profession.

After 40 years, she began to enjoy her new title as Retired Nurse Practitioner, where she took on new ways to help others in her church, community, and family until her health began to decline. Through it all, she maintained her wonderful sense of humor, never once complaining and taking every treatment in stride. She became as good a patient as she had been a nurse practitioner.

Martha is preceded in death by her parents and her first, husband Ronnie E. Bittick. She is survived by her husband, George F. Ramsay Jr., her daughter, Raechelle Lynn and husband Mike Montgomery of Bastrop; her son, George F “Trey” Ramsay III and wife Melissa of Elgin; her three grandsons, Trent of Bastrop, George IV and Jack Ramsay of Elgin; her two brothers, Chuck Cooch and wife Janis of Normal, and Dan Cooch of Eaton, Colo.; her sister-in-law, Julane Thomas and husband Howard of Jefferson, Texas; nieces Holly Miller of White Heath, Illinois, Tawnya Selby of Severance, Colorado, and Teri Allen of Tavares, Florida; and nephew Tye Lathrop of Cypress, Texas.

A Celebration of Martha’s Life and Eternal Life will be conducted at St. Luke’s Methodist Church of Austin, on Sunday, Sept. 22 at 2 p.m. with the Reverend Bonnie How presiding.

Contributions may be made to the Hospice of your choice.