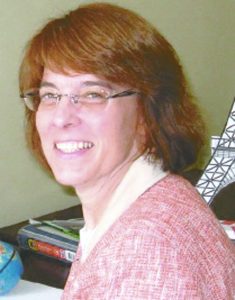 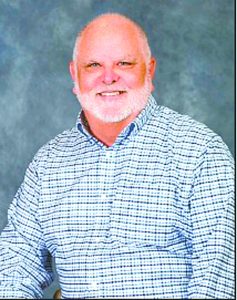 The TCHS Alumni Association will be inducting two TCHS graduates this fall. The Alumni Association hall of Fame Induction Luncheon will be Saturday, Sept. 28 at 11:30 a.m. at the Douglas County Museum. This event will be held during the TCHS Homecoming (#88) to induct Linda Heath and Dan Kleiss.

Kim McCarty Judson and Alison Hancock Heiser have nominated their classmate, Heath, as she is no the U.S. Forest Service in Washington D.C.’s current director of inventory, monitoring, and assessment research. She’s held this position since 2016. Linda also has contributed to intergovernmental panel on climate change receiving a 2007 Nobel Peace Prize as a lead author for the task force.

Kleiss, Class of 1975, was nominated by classmates Dean Borries and Randy Frye. They nominated Kleiss for his commitment to Tuscola and public service while serving almost 30 years as mayor.

Linda Heath – Class of 1977
Growing up in Tuscola on a prairie, it may seem odd to choose forestry for a career. Dad worked at USI, but he was a collector: stamps, coins, butterflies. After my oldest brother needed a tree leaf collection for high school biology, Dad became a collector of tree leaves. My family drove around the state, with Dad stopping to collect leaves when we saw a potential new specimen. Some-how the leaves would end up being pressed temporarily in a catalog or crossword puzzle book in Mom’s purse! After drying, he would mount the leaves on pages. He had over a thousand leaves, properly mounted and identified, in multiple volumes.

How valuable trees must be! I majored in forestry (BS and Master’s) at the University of Illinois. (U of I no longer has a forestry program, but when it did, dendrology–tree identification–was a required class. I aced all the tree identification tests!) I received a PhD in Quantitative Resources Management at the University of Washington. The world is a system of systems, and I studied ecosystems, quantitative techniques and economics, and wondered and continue to wonder whether models and data help decision makers make better decisions. The future of our planet and all communities, just like Tuscola, depends on healthy lands and forests.

I was hired by the USDA Forest Service, Research & Development branch as a research scientist. In the early 1990’s, the US Senate ratified the United Nations Framework Convention on Climate Change, which means the US government (through the US Environmental Protection Agency) must submit a report on our greenhouse gas (GHG) inventories for all sectors annually. My research assignment included calculating carbon in all the forests of the United States for the US national GHG inventory, and developing approaches so that land owners and managers would know which land management activities help store more carbon. I worked on research approaches based on data from the forest census of the US, conducted by the US Forest Service, Forest Inventory and Analysis program (FIA). Crews visit (with land owner’s permission) over 130,000 field plots nationwide (yes, even in Illinois!), measure and identify trees. Scientists use these and other data such as remote sensing observations to estimate forest land area, describe forest conditions. The results are used for making decisions about forest investments and policies.

My work over the years included participation in meetings around the world with scientists from many countries, to develop national GHG inventory guidance. As a result of this effort, I was awarded a certificate of participation for the Intergovernmental Pan-el on Climate Change receiving the Nobel peace prize in 2007. My general approaches are still used for forest carbon calculations, and the need for calculations continue to grow as states adopt greenhouse gas regulations.

Because of my carbon knowledge, I was chosen for a sabbatical at the World Bank for two years as the first program manager of the forest carbon (Land Use, Land Use Change, and Forestry) portfolio for the Global Environment Facility. The largest portfolio proposal I worked on in term of dollars was known as the Great Green Wall of Africa, with a cost of over a billion dollars, covering over ten nations. Returning back to the Forest Service, I continued to conduct research and complete studies.

I now serve as a Senior Executive Service Director in the USDA Forest Service, Research & Development branch in the Washington DC office, with oversight over programs on the nation’s forest census, projecting forest and rangelands futures, research and development of remote sensing and geospatial analysis, and research and reporting on forest sustainability. These national programs provide objective evidence for policymaking and forest investments at the national, state, and sub-state scales, including for forest carbon and GHGs. The information supports trade in forest products because countries and companies are concerned about sustain-ability.

I met my husband Eric while we were both working early in our careers as temporary employees on the Klamath National Forest in Happy Camp, California. We eventually made our home in southeastern NH, which Eric is a town administrator. He is very active in conservation efforts locally. Our daughter, Katie, after graduating from college, enjoys hiking and climbing mountains in northern NH. While I work in DC, I am staying with my brother Rick (TCHS 1973). I am enormously grateful to those who have sup-ported the opportunities and responsibilities I continue to have, and to my hometown.

Dan Kleiss – Class of 1975
If you ask Mayor Dan Kleiss he will say he has led a blessed life in his hometown that has always been kind to him and his family. However, what he doesn’t tell passersby is that his successful tenure at the helm of the city’s government and his progression of service through the ranks at Cabot were accomplished through is work ethic and selfless heart.

Born and raised in Tuscola, Dan grew up with the support of his parents and grandparents who taught him the value of hard work, being respectful to others, and of course, discipline.

The Class of 1975 TCHS graduate says encounters with Principal Mr. Butkovich and being pushed to success by algebra teacher Mr. Kidwell and English teacher Mr. Tice were irreplaceable character building experiences that served him well as he entered the workforce. And while Kleiss knew he was ready to work upon graduating from TCHS, he wasn’t quite sure how that work would look.

He was first hired to work for Hoke Construction, and after a few short months, Kleiss teamed up with friend Randy Frye in hopes of starting a fire wood business. However, after working to fell just three trees, they put their entrepreneurship to the side.

On Jan. 12, 1976, Kleiss began a job as a furnace laborer at Cabot Corporation just outside of Tuscola city limits. He was offered the interview at the recommendation of local banker Denney McMillan. It was a job that transitioned into a decades-long career that allowed him to provide for his family and become an integral role in the future of his city. At his retirement in June 2018 after 42 years of service, Kleiss was serving as the Manager of Human Resources for three manufacturing facilities in Tuscola, Midland, Mich., and Carrollton, Ky. The role is something he worked his way toward, but, ultimately, the job became the career he knew was built to do.

While continuing his work for Caobt, Kleiss–at the experienced age of 28–was appointed to the Tuscoal City Council. After three years, he was appointed mayor, a post he still holds as he has been reelected for eight continuous four-year terms at the hel of the city’s government.

As a city leader, Kleiss’ accomplishments continue to positively affect the lives of residents each yday. His work on economic development efforts over the last three decades have led to the establishment of the Tuscola Outlet Mall, Ironhorse Golf Course, and the redevelopment of Downtown Tuscola. During his tenure, Kleiss has encouraged the establishment of Tuscola Chamber & Economic Development, Inc., the Tuscola TIF districts, Tuscola Tourism, and the Enterprise Zone. Hoewever, of all his accomplishments while in office, Kleiss says his proudest hour was securing the Joint Water Agency to direct a water pipeline into the county that continues to provide clean, safe water to thousands of residents of Tuscola, Arcola, and rural Douglas County.

Kleiss has also had a hand in the development of the Tuscola Community Foundation and has served as president of the organization that has providing thousands of dollars in grants to area organizations and services.

Through his dedication to the community, Kleiss has been named a Paul Harris Fellow of the Rotary Foundation without ever having served as a Rotarian and in 1997 he was chosen for Wal-Mart’s Sam Walton Community Leader Award, without ever having worked with the company on an economic level.

In 2018, the East Central Illinois Development Corporation recognized Kleiss for his “outstanding leadership in community and economic development as Mayor of the City of Tuscola.”

From their Tuscola home, Dand his wife Amy raised two children Cory and Jessie who as adults have returned to the community to raise their families. Cory with his wife Kristin Kleiss with their children Ava and Grayson and Jessie with her husband Bo Hanner have now put down roots in the community, as well.

In a letter nominating Kleiss for the TCHS Alumni Hall of Fame honor it was said that Mayor Kleiss has continued to be a stabilizing influence for the city in uncertain economic times and through his work he’s exemplified the term “Service Above Self” for the City of Tuscola.

Watson Farms: teaching the value of hard work to generations of area kids

For Burris, Belted Galloways are a labor of love

Arthur: Farming for the future while remembering the past