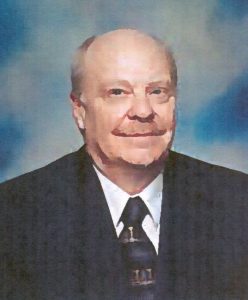 Phillip Michael Benner, departed this life on Wednesday, July 24, 2019 at his home in Summerdale, Alabama.

He was preceded in death by his parents, Walter and Leona (Garrett) Benner; and his brother, Kim Benner.

He is survived by his sister, Linda Hula of Elberta, Alabama; and his brother, Roger Benner of Atwood. Phillip was also survived by his children:  Nicholas S. Benner of Summerdale, Ala.; Michaell R. Benner of Arvada, Colo.: Stephanie (Neil) Finnegan of Boston, Mass.; Tiffany Riddle of Phoenix, Ariz.; and P. J. (Kate) Richardson of  Savoy; five grandchildren; one Aunt, Mrs. Peggy Gregory, Atwood; and nieces, nephews and many cousins.

He will be deeply missed by his family, many friends, and all who knew him.

Phillip was born on Aug. 10, 1949 in Tuscola and graduated from Tuscola High School in 1967. He attended Parkland College in Champaign, and was in the Army National Guard. Phillip worked in banking, the telecommunications industry, and was a real estate broker for Colorado, Alabama and Florida. He enjoyed sports, traveling, golf, snow skiing, the beauty of snow-capped mountains and the ocean waves on sunny beaches.

Phillip attended and grew up in the Cartwright Methodist Church before it closed and later joined the Lutheran Church.

Visitation will be held one hour prior to the service at the funeral home.

In lieu of flowers, the family suggests donations be made to the American Cancer Society or St.  Jude’s Children’s Hospital.