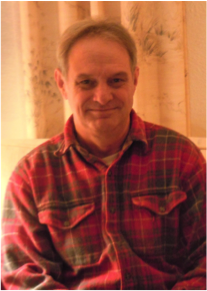 George attended MacArthur High School in Decatur for two years and later graduated from Arcola High School in 1974. He was a surveyor for mining companies, Zeigler Coal Co and US Steel Mining, from 1975 to 2003, in southern Illinois and Alabama, during which time he married and divorced Becky Mills Hudson and later Marlene Anderson Seaman. He was a member of the National Society of Professional Surveyors and the Arcola First Christian Church. In later years, George worked at the True Value in Arcola while leading a quiet life but remained dedicated to his three children and eight grandchildren, providing when he could.

Funeral services will be held at 11:00 a.m. on Thursday, Aug. 8, 2019, at Shrader Funeral Home, 204 N. Locust St., Arcola. Visitations will be an hour before the service, starting at 10 a.m. Burial will be at the Arcola Cemetery. Lunch for family will follow at First Christian Church in Arcola.

Memorial contributions may be made to the Arcola First Christian Church.

Online condolences may be sent to www.hilligossshraderfh.com.