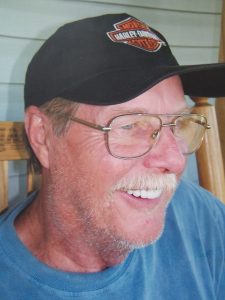 There will be a prayer service Saturday, Aug. 3, 2019 at 11 a.m. by Pastor Duane at Victory Church in Camargo with a gravesite service to follow at Fairland Cemetery.

Dan leaves behind two sons Shane, 49, of Mahomet and Todd, 47, of South Carolina. Also surviving are his step daughter Jessica Ethel Johnson and her two sons Malachi and Jedadiah with two great-grandsons Zebulon and Zander, Sister-in-law Pam (Steve’s) wife of Mahomet and their children Kathy (David) and Rob (Kris) with their two children Kami and Lawson also survive.

Dan was preceded in death by his father Jim and mother Leona (Tjardes) of Mahomet; infant brother; and older brother Steve of Mahomet.

Dan graduated Mahomet Seymour High School class of ‘61. He then became a plumber of Local 149. He moved to Ft. Lauderdale where he was a commercial fisherman. He returned to Illinois back to plumbing. He also volunteered for the Corn Belt Fire Department of Mahomet.

Dan really enjoyed golfing as do his sons. He always loved Harley motorcycles and met his wife Carol and his brothers the Dinosores riding.

Dan was such a fun loving generous man and was loved by many. We miss you, Pa. Till we meet again…