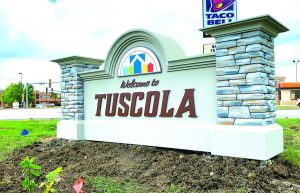 The Tuscola City Council, during its meeting Monday, June 24, gave a temporary green light for the redevelopment of the former North Ward lot.

The city received one response from a solicitation for proposal, and, previously, the council agreed to let the former school lot go for $60,000 if the redevelopment agreement for the construction of invidual homes was favorable, City Administrator Drew Hoel said. Previously, the council tentatively approved the sale to Northward Square LLC. The proposal includes $20,000 to be payable upon closing with $10,000 payable with the sale of up to four lots within two years.

“We wanted to layout in more detail the exact terms of that and how that process would work,” Hoel said.

“The developers need to get started as soon as possible to develop infrastructure plans and cost estimates, all of which will be necessary before we can complete a redevelopment agreement,” Hoel wrote in his bi-monthly report. “We are proposing an option agreement period, during which the developers can incur expense to develop that information, secure in the knowledge that they can purchase the property at the successful conclusion of that period.”

The approved six-month option includes requirements that the construction focus on a Craftsman style with an approixamte fair market value of $180,000.

In other business, VFW member Sean Conner and Post Com. Jon Beck asked the council for permission to host a Fourth of July parade and a donation collection on July 6.

The full story can be found in the June 26 edition of The Tuscola Journal.