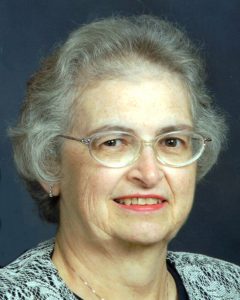 She was preceded in death by grandson, Chase Kustowski, and brother, Wallace Motley.

Alice was a graduate of Oakland High School. She was an Avon Representative for 15 years, worked at Dimond Brothers Insurance Agency for four years, and worked at the Arcola Public Library for many years. She also served as a Cub Scout den mother.

Alice was an active member of the Arcola United Methodist Church, where she served as president of the United Methodist Women for several years and coordinated funeral dinners for many years. She enjoyed jigsaw puzzles, was an avid Cubs fan, and loved to read.

Memorials are suggested to the Arcola United Methodist Women or American Cancer Society.