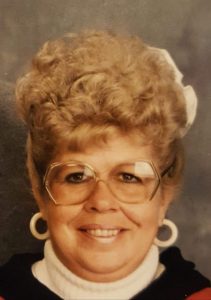 She married Don Reasor on March 3, 1963 in Tucson, Ariz. Once married they moved back to Illinois and raised their family in Tuscola for over 50 years.

Gail worked as a Douglas County Dispatcher for more than 20 years. She also drove a school bus for Gould Bus Service for almost 40 years. In that 40 years she got to see several generations of children grow up. She always thought the kids on her bus route were her kids as well. She always had a smile for them and wanted to hear about their day. Mom’s gifts included touching the lives of so many children, gardening and being a mom and grandmother.

Gail leaves behind her sister Barbara Ann (Bill) Weichel of Charleston. These two were inseparable. They raised their families together as we were all one.

Also surviving her are her children: Virgil Reasor of Sadorus, Debbie (Andy) Sperling of Dewey, and Vicky (Eric) Hartman of Pesotum; grandchildren: A.J. Schumacher of Dewey, Katie Schumacher of Rantoul, Kyla Reasor of Urbana, Kiersten Reasor of Sadorus and Jolene and Abbigail of Pesotum; and eight great-grandchildren with one preceding her in death. A special nephew and niece Scott Thomas of Newburg, Ind., and Laura Thomas Tomasello of Mattoon.

She was preceded in death by a son Jason, her husband of 46 years, her parents, her brother: Wayne and a great-granddaughter.