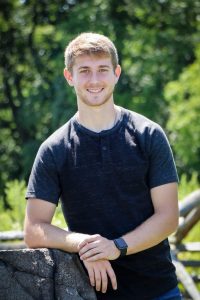 Tuscola Community High School senior Robert Turner Hastings, the son of Randy and Angela Hastings, was selected as Tuscola Rotary Club’s February student of the month. He has a 4.0 GPA and is ranked first in his class of 67.

Hastings is a four-year member of the football and track teams and has been a member of FBLA throughout his career at TCHS.

During his freshman and sophomore years, Hastings was part of the basketball team, and in his junior year, he was inducted in the National Honor Society. Also during his four years at Tuscola, Hastings has volunteered at SAM Food Pantry, has served a mentor through the school, and has served as a Warrior Store helper.