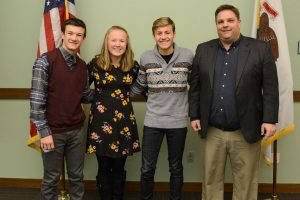 Dozens of high school students from across the 51st Senate District participated in a unique, hands-on experience in public policy, state government, and leadership and heard from local leaders on issues as part of State Sen. Chapin Rose’s Youth Advisory Council. A total of 78 students from 25 schools took part in the all-day event at Parkland College on Friday, Dec. 7. Rose spoke to students about what it’s like being an elected official, how legislation becomes law, and discussed local issues that needed to be addressed through legislation at the Statehouse.