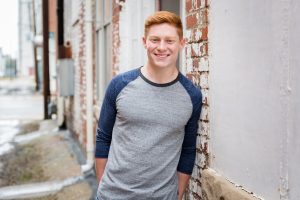 Tuscola Community High School senior Will Little, son of Lance and Julie Little, has been named the November Rotary Student of the Month. Will has earned a 3.94 GPA and is ranked 15th in his class of 72.

Will is a four-year member of the football, basketball, and baseball teams and has participated in FFA and FBLA since his freshman year. In his sophomore year, Will became a Big Buddy Mentor, which he as continued though his senior year, and was named a Homecoming attendant. In his junior year, he was inducted in the National Honor Society, joined SADD, and was named one of the Prom attendants.