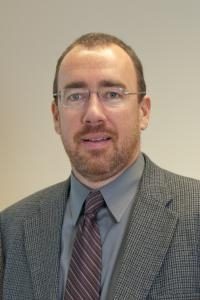 Coming off an unopposed general election, Regional Superintendent-Elect Dr. Kyle Thompson has appointed Dr. Zakry Standerfer to work alongside him at the Regional Office of Education #11 beginning July 1, 2019.

The search for an Assistant Regional Superintendent drew a larger than expected number of applicants. Thompson noted that Standerfer’s knowledge, integrity, and ideas for the position are what set him apart.

“Zak is a well-respected, long-time educator from the region who is committed to serving our schools,” Thompson said.

Since 2008, Standerfer has worked at Eastern Illinois University as a Student Teaching Coordinator. Prior to his time at EIU, he served as the principal of Windsor Elementary School where he and Thompson first met.

“It was his last year as principal and my first full year teaching,” Thompson said. “We had a good working relationship at Windsor, and I hoped we would connect again in the future.”

“We were in the same Ph.D. program and pushed each other to finish,” Standerfer noted. “While working on projects and supporting each other’s research efforts, it became apparent that we possessed complementary skillsets and collaborated well.”

As the new Assistant Regional Superintendent, Standerfer will use his experience as a teacher, principal, and student teaching coordinator to benefit the schools and communities of the region. Thompson knows Standerfer will contribute to the office immediately.

“We are already sharing thoughts about how to continue moving the office forward to best serve our students and school districts,” Thompson remarked.

Standerfer is a three-time Eastern Illinois University graduate who also completed his Ph.D. at Indiana State University in 2016. A native of Sullivan, he resides there with his wife and three children.

ROE #11 encompasses the seven-county region of Clark, Coles, Cumberland, Douglas, Edgar, Moultrie, and Shelby. It is the largest regional office in the state in terms of total land area. The office is located at 730 Seventh St. in Charleston. Contact the office by calling 217-348-0151, by visiting their website at roe11.org, or locate them on Facebook or Twitter.