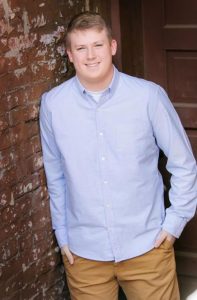 Tuscola Community High School senior Jacob Craddock, son of Dan and Jeannie Craddock, was selected as Tuscola Rotary Club’s April student of the month. He has a 3.79 GPA and is ranked 15th in his class of 72.

Jacob is a four-year member of FFA, band, the spring musical cast, the football team, and the baseball team. Jacob played basketball through his junior year and has been a part of the Honors Choir since his sophomore year. Throughout his TCHS career, he’s also participated in Key Club, FBLA, Clickers, and SADD and has worked as an officer helper and a mentor for East Prairie students.

As a junior he was selected for Boys State and in his senior year he was named as the recipient of the SAR Award. Jacob has also been selected for both ILEMA District 5 jazz and concert choirs and the FFA State Choir.

Real Life Wellness-One Thing We Can All Agree On!