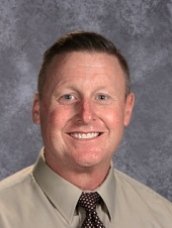 By Kayleigh Rahn
The Tuscola school district is poised to lose a second administrator in as many years after TCHS principal Brad Allen submitted his resignation to the Board of Education.

The board approved the resignation effective June 30, 2018 during the Monday, Dec. 18 meeting.

Allen released a letter to his building’s staff about two weeks ago announcing his departure. He explained he has accepted the principalship at Prairie Central High School in Fairbury.

Allen was hired by the board in February 2011 from St. Joseph-Ogden where he was a science teacher and dean of students.

“I first met Brad when I interviewed him in my basement over seven years ago,” superintendent Michael Smith said during Monday’s meeting. “It’s always very hard when I lose principals, but I’m always very excited for them when they are ready to take their next step and do what’s best for their families. He is moving to a larger district and they are very excited to have him. We wish him the best and he still has a lot of time left with us. I want to say thank you on behalf of me and the kids and everyone else.”

“The faculty, staff, students, and administrative team in District 301 are remarkable,” Allen wrote in his letter to staff. “The school board afforded me an opportunity to pursue an avenue in education that has been personally and professionally enriching. Working with these groups the previous seven years has positively impacted our lives beyond measure. Our hope is the relationships we have developed will last beyond my tenure here.”

The full story can be found in the Wednesday, Dec. 20 edition of The Tuscola Journal.