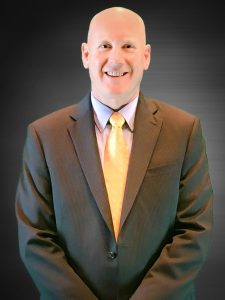 Tuscola schools superintendent Michael Smith has made two announcements in the last three weeks. First, you will find his name on the March 2018 Republican primary ballot as a candidate for Regional Superintendent of Schools and second, no matter the outcome of the election, he will not renew his contract with Tuscola schools.

With an empty next on the horizon, the Smith family will be going through a period of transition, and Smith says the timing worked out so that he could take the opportunity to pursue a new path–regardless of the election outcome.

“The two things (the contract and the election) aren’t really tied together,” Smith said. “My thought was not that I’m running out of time, but my career is. Shannon (Smith’s wife and technology director for Tuscola schools) and I are not entirely sure what we are going to do,” he said. “We’ve thought of everything from starting a business to other education jobs.”

During Smith’s tenure at Tuscola schools Mrs. Smith has declined offers to lead larger districts’ technology programs, and Smith says they gave thought to following one of those leads. Though, with at least 18 months to plan, the future is still unclear.

Smith formally announced his decision not to renew his contract during the Monday, Nov. 26 board of education meeting, though his contract will continue through June 2019.

Once his mind was made about his current role, Smith saw the ROE office as a natural, meaningful next move.

“Most people who know me know that I haven’t been a big fan of the regional office for many years,” Smith said. “When I first started it was really a wonderful support system.”

Smith was fan of the regional superintendent at the time John McNary, a democrat who was a resource for green school administrators.

The full story can be found in the Wednesday, Dec. 6 edition of The Tuscola Journal.